by icewolf132
Hello everyone, for the last few days I've been working on a Nem style yard for the Federation, and as of right now I have the mesh completed. What do you all think?; 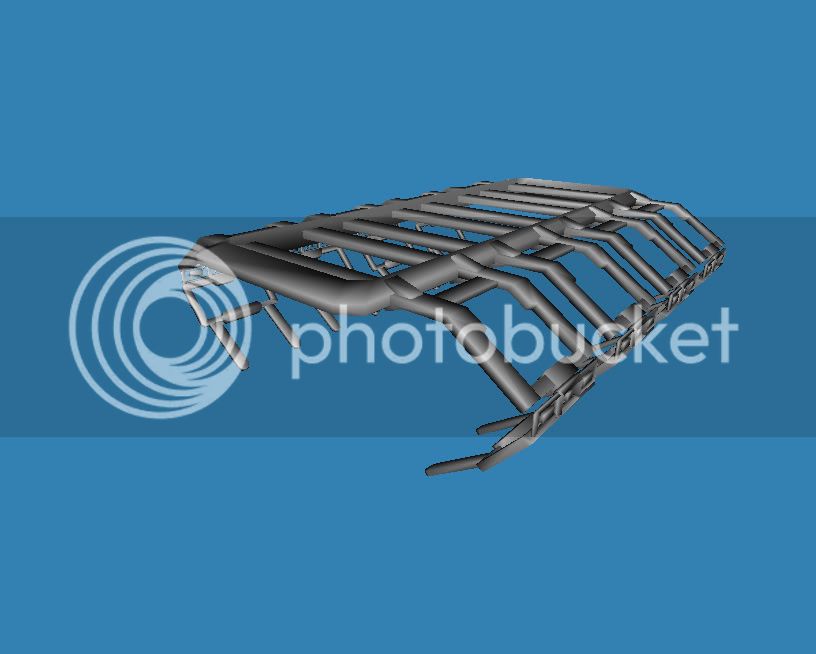 I do intend to release it for public usage once done since the only one I have seen released has a No Public Usage policy attached to it.
by MajorPayne
BIVR has a nemesis spacedock in it.
by icewolf132
I apologize for my mistake, but this is still going to be released...one can never have to many yards. And I would also be thankful for any advice or criticisms on it.

Here's what it looks like textured, what do you all think?

by Phantom
Poly count is a little on the high side, but it looks good

- its missing the command bay on the top and the space arm though :S just a crit, aside from that it looks cool

by icewolf132
Thanks everyone, yeah I noticed that after I started to do the textures...oh well, I might do another one another time, but for now this one might not be like the one in the movie, but it still has the same basic style (and might be a decent change from all of the TMP and early TNG yards out there o.o)

I did do a few things to knock the poly count down to around 3800, it's still high but hopefully no one will try to flood the map with them

Cabal; Right now it was made for A2 since it's the only thing I have on this PC, but there will be one with it for A1 when it's released. Which should be soon, all I need to do is put the rest of the hardpoints on it and do the buttons.
by Phantom
The poly eaters are in the nets holding the lights in the center of each arm

My advice would be to do what I did and use an alpha map of the beams. That way u can have 4 polies for each arm, that works out at 32 polies.

Ad'
by icewolf132
Thanks Phantom, I took your advice and here's the result;