Any game you like to mod, come talk about it here!!

Hey guys! While I usually post about other peoples mods and indie projects etc that interest me, I figured I'd start a thread about the retro stuff I'm working on these days if it's of interest to anyone... 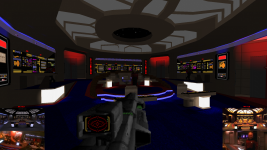 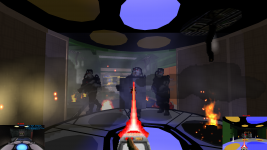 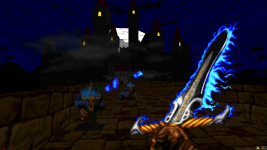 In the first dev diary we look at importing HoMM2 castle/city graphics into Civ2.

In this second dev diary we look at ‘HoMMafying’ all those Civ 2 advisor, city and event screens.

In the third dev diary we look at changing Civ2’s leader portraits used for diplomacy with HoMM2 heroes and make a bold attempt at replacing Civ2’s original wonder videos.

To finish catching up here's the next 3 Civilization 2 - Heroes of Might & Magic 2 mod dev diaries made over the last few months...

In the fourth dev diary we look at changing Civ2’s throne room with a HoMM2 castle jigsaw while completely replacing the title screen plus intro, diplomacy herald and wonder videos with cool HoMM2 content. 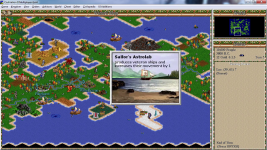 In the sixth dev diary we answer fan demands to show units while also showing off all city buildings and some small touch-ups to the city sky view.

After months working on the huge Heroes of Might & Magic 2 Civ2 scenario I decided to turn my attention over to one of my other favourite franchises for some more fun Civ2 scenarios, the Command & Conquer and Red Alert universe! I started coming up with some pretty crazy ideas for huge Red Alert 2 Siege of New York scenario where you’ll be battling it out in city streets between huge sky scrapers however despite learning a lot from working on the HoMM2 scenario I wasn’t quite game enough to start that just yet. I’d also been thinking about a dark and moody scenario set in the C&C Tiberium universe and noticed that a fellow named Wonx2150 had already made a scenario in that universe but just hadn’t really done any proper graphics for it so I decided to take the easier route and remaster his scenario first to build up more experience before taking on the big Red Alert 2 scenario.

In this first dev diary I look at changing Civ2’s terrain and cities to look like C&C2 as well as importing some cool new units.

In the second dev diary I ask for some fan input and finish off importing all the new C&C unit graphics.