Some new ships coming soon. These had originally been made for MPR++, which Thunder has kindly, and as always, expertly converted for it. But I'm adding two new Cardassian ships to UM5, available in the next patch. 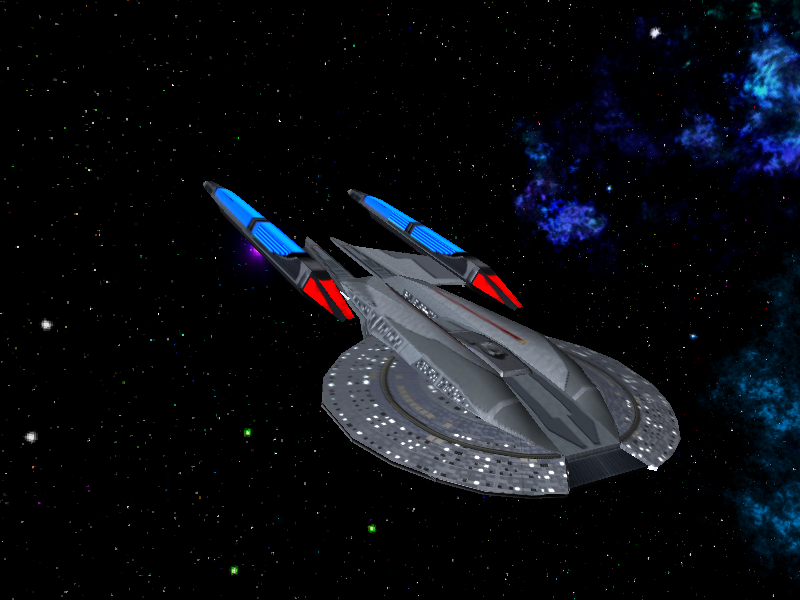 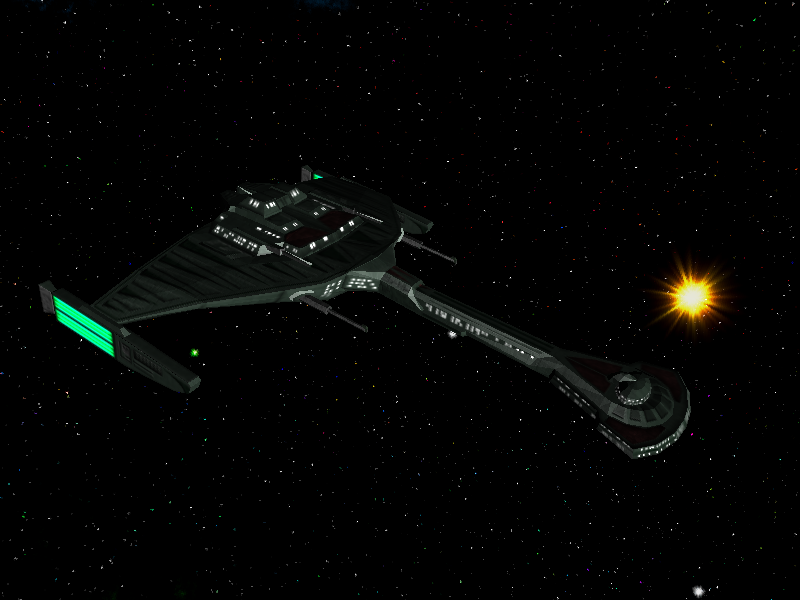 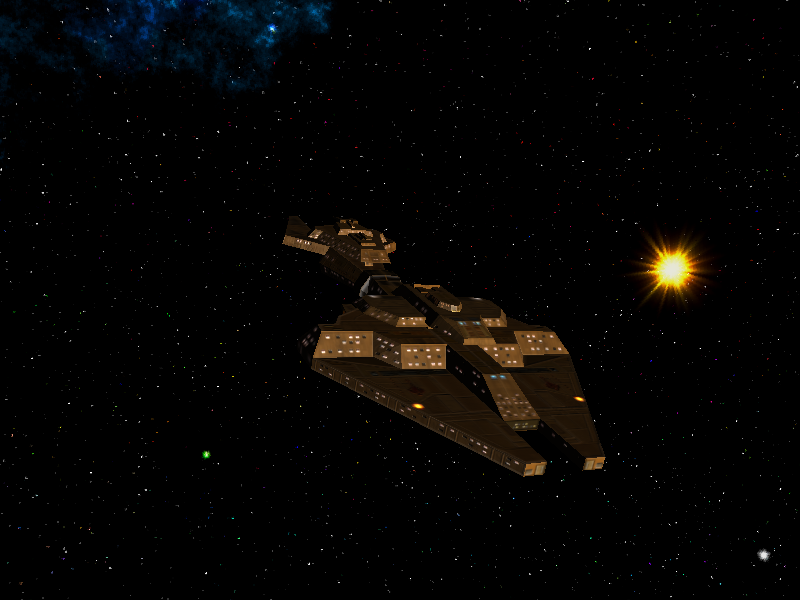 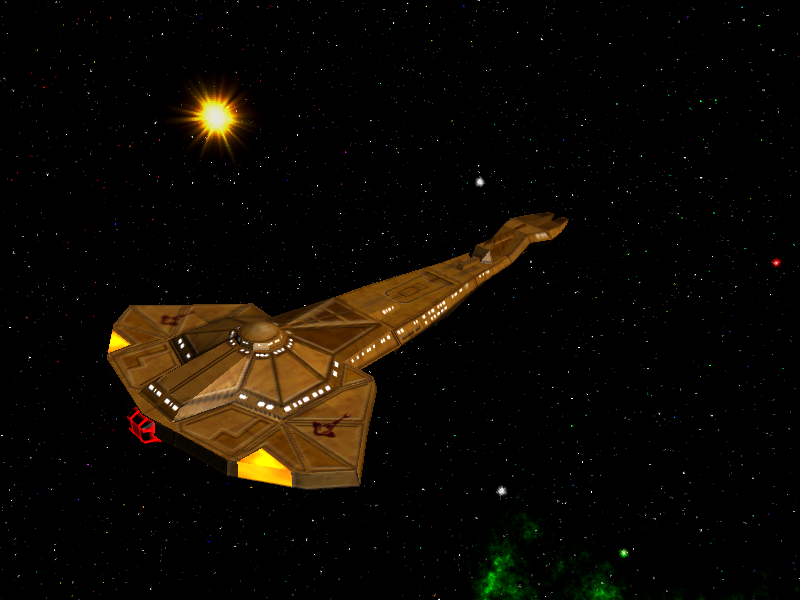 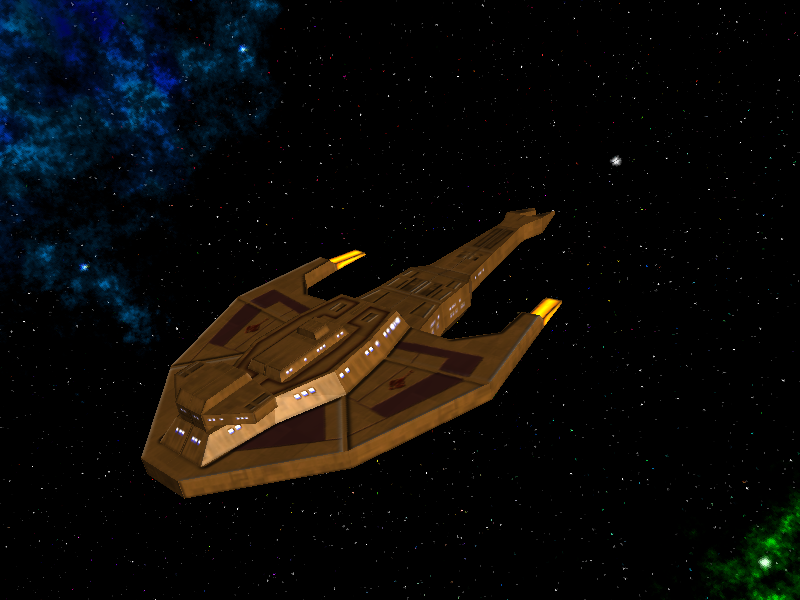 So are the Ragnor and Luketi replacing one of the other classes entirely, or are they being inserted into one of the upgrades, or what? Just wondering.
"Evil is easy, and has infinite forms." -- Pascal
Top

As I currently have it set up, the Ragnor will replace the current Koronak Heavy cruiser - not to say that I don't like the Koronak, I really do, it's just to give UM5 it's own flavour of ships. A comprehensive shippack will also be available for UM5. As for the other one, the Hideki will take the place of the old scout, and the Luketi will be the new Destroyer.
Top

Forgot to add this one, the Kirol-class refit. The original Kirol-class Cruiser in UM5 is kind of a TOS era ship, here is the refitted Kirol, which will take the place of the Cardassian Cruiser III and IV.

no, they actually look phantastic

Flocke wrote:and bring me under pressure for the mpr++ update


So does that mean the next version of mpr++ will include UM5 as well? (Pretty please, with sugar on top?)

"Evil is easy, and has infinite forms." -- Pascal
Top

anybody wants to try it in mp?
let me know...
Relevance is a post hoc phenomenon

Cheers for the comments guys. This is the final addition, just an enhancement of the existing Romulan cruiser D'Bora-class. This is it now, and in a day or two the patch will be released with the new models.

Sure ruthlessferengi, I'd be interested in trying an MP game, would be cool.
Top

Late editions are the Galor and Keldon, which replace the pretty poor vanilla models. I believe Jig did these originally, but I've reworked and re-coloured them and added them to the mod. I think you'll agree they are a big improvement.

I think you may be doing yourself a mild injustice Dafedz, as I thought the Galor and Keldon you already had looked pretty damn good, but I'll not complain about these newer versions either.

"Evil is easy, and has infinite forms." -- Pascal
Top

Flocke wrote:and bring me under pressure for the mpr++ update


So does that mean the next version of mpr++ will include UM5 as well? (Pretty please, with sugar on top?)

And since plugging in models from another MPR++ mod requires carefull manipulations of *.xml files and careful naming of the imported model in the ship list(to match the xml), is it possible to have with each MPR++ suported mod all the MPR++ models in the ship list; even if some of those will not be used in all mods; then adding a model will be just as easy as before MPR++; just pick it from UE.
(Pretty please, with sugar AND STRAWBERRY CHOCOLATE SYRUP on top?)
Top

Hopefully all the ships will be available in the next MPR+, some are already in and ready to go

Martok wrote:I think you may be doing yourself a mild injustice Dafedz, as I thought the Galor and Keldon you already had looked pretty damn good, but I'll not complain about these newer versions either.

Well mate they weren't my Galor and Keldon - the old ones that is. The models were vanilla, and the updated textures on them were I believe Thunder's, but not sure on that.


Bulaba_Jones wrote: I notice that morale in member race systems and subjugated systems is inherently unstable and drops by -1 or -2 by default, and I liked UDM's system of stabilizing that morale so that I don't have to continually run those "inquisition/martial law" programs constantly.

Owing to your earlier request, the next patch has a new structure for stabilizing morale in subjugated systems, called 'Provisional Government'.

The patch has been delayed a little while due to a possible development on the sidelines which would involve an overhaul of tech/research, but if you want these ships and the patched files to date, you can download them below. No installer yet, this is just the .rar file, so you'll have to patch the res the old fashioned way (be certain you know what you're doing, post here if you're unsure).