Come in here if you want to sign up for Multi player games.

Sorry to hear that, maybe next time.

it would be nice to keep these going if we can keep enough players interested.

In the meantime I'll just have to play random games against RF until I can pull off a win every once in a while, lol. When I get internet back, at least... *sigh*
Top

Yes definitely looking forward to seeing you again outerexodus. Good luck. It would be nice to get at least one a year going with a bunch of people to make at least another set of brackets. Maybe next one we can resurrect the TMPM (Thunderchero's Multiplayer mod) since it has some more up to date changes to it

"The only thing we have to fear is fear itself." -- FDR
Top

as expected I had a quck exit vs gentle it was a good game but I was doomed from the start. I had a poor start postion. and once I did final meet an AI I was caught off gaurd by a large fed fleet while attacking a system and lost most of my early fleet.

but I was only 5 turns from researching the K'vort but no place to build them quickly. so final battle was an easy one for gentle I only had around 40 scouts and K'vorts vs his 60+ destroyers 20+ strike cruiser and a hand full of command. 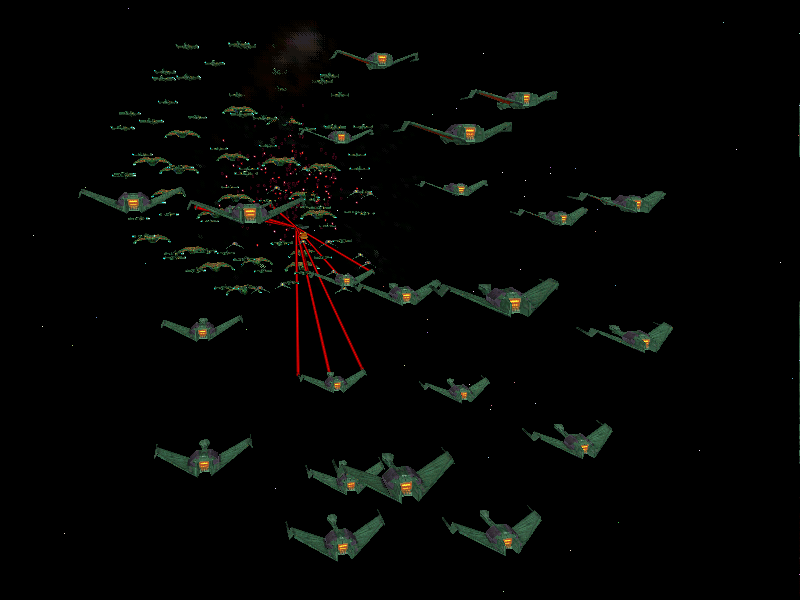 good game and good luck to you and whom ever you play.

As hard it was the start for TC very easy was for me. Lots of friendly minors around, and with Cardassia 5 squares from Romulus my strike cruisers got xp very fast. The ai seams to play for me, feds attacking TC and giving me money and ferengi giving me lots of xp in the late game with their massive but weak fleet. It was a point when TC surprise me without my destroyers at the starbase above Betazed forcing my strike cruisers to retreat and the 4 Pakled ships with a dozen of TT sacrifice for the Greater Good. Thanks for the game TC and i hope i did not consume all my luck in this game and that i have some left for the finale.
Top

Great game, how many turns?
Relevance is a post hoc phenomenon

How goes the other semi-final match between RF and praetorian?
Top

he is incommunicado....
Relevance is a post hoc phenomenon

update, Praetor contacted me, he is looking for life to let up so that he could play. he tells me sometime next week he'll know.
Relevance is a post hoc phenomenon

that's good to know... Fluids tourney back on track then

"The only thing we have to fear is fear itself." -- FDR
Top

Praetor withdrew due to time/life considerations. I played with Gentle last week just in case this would happen. It was a large map, i chose roms, he valiantly chose feds... we had to restart a few times to get our sister pop close to 300... Gentle was unlucky to have encountered me soon and i put all i had plus more into intel. Soon it started to pay off with a few farms blown up, capital ship destroyed, research re-funneled to my needs. i moved in the direction where i thought feds would be, found betazed and anticans. I was about to take them over when Gentle, assessing intel damage and the proximity, decided to give up. I think he would have put up a good fight and the battle could have turned in his favor. However he graciously resigned. I wish this game could have been like one of the many games we played in udm3 with Gentle - long, drawn out, full of suspense etc but proximity did not allow for this... Well played, Gentle, it is tough to play vs intel crazy romulans.
Relevance is a post hoc phenomenon

I have also add your title to the tournament hall of fame post.

The Elite Gaming Clan of the MSN Gaming Zone